Have a question? Leave a message for us.

Oops! Something went wrong while submitting the form.
July 9, 2021

It is common for prospects to go dark on sales reps, but it doesn’t mean that the deal is lost. More often than not, it is due to some issues within the prospect’s organization that takes their focus away from the ongoing conversation with the rep. If that happens, remember not to take it hard on yourself and focus on re-engaging the buyer instead of getting ruffled up in trying to uncover the reason for their silence.

We have all known that it is best to engage buyers as soon as possible, but there hasn’t been a number or time frame attached to it. How soon is critical? A recent study was aimed at finding the answer to this question.

A study that analyzed 12 million prospects’ interactions with sales reps, found that the expected conversion rate of a prospect drops 3x after only 48 hours, from the first touch point, of buyer silence.

Although buyer silence is a sign of a prospect’s interest in your offerings, if the silence stretches too long, their chances of reaching back to you diminish. The study indicated that that time frame is 14 days. So a rep has to engage and get the buyer to break their silence within 14 days to have a good chance of a conversion.

Furthermore, the study found that scheduling a meeting with your prospects gives you a very high chance of a conversion. If the prospect responds within a day, the chances of them converting sit at 80%, which subsequently descend to 40% and 20% if they respond on days 7 and 14, respectively.

How to Break Buyer Silence

So we have learned the importance of reaching the new prospects as early as possible to increase the chances of conversion. Along with early outreach, some other tips can help you break buyer silence.

It doesn’t matter how many emails you sent to your prospect earlier, you should start every outreach from scratch. Reminding a prospect that they haven’t been replying to you will only make them avoid the situation.

One way to catch a prospect’s attention is by commenting on something that the prospect is interested in outside of work. Once the personalization gets you a response from them, you can throw in what you have to.

If a prospect is not responding to a close, it might not be inciting them, and you should try a different one. Even if what you are trying to achieve from the email is stated in the close that hasn’t been getting you a response, it is better to change it to at least incite a reply.

There are no set ways to ensure a response from a prospect as each individual has a different thought process, but there are some human psychological factors that are ubiquitous. The longer the buyer is silent, the less likely their conversion.

Closing a deal can be a challenge on it’s own. Filling your sales funnel can be even harder… but it doesn’t have to be. SalesGig offers a unique approach to lead generation. Whether you’re looking for a full team or just a hand up, we can help you set your next appointment. Get in touch with us today to learn more.

The rich text element allows you to create and format headings, paragraphs, blockquotes, images, and video all in one place instead of having to add and format them individually. Just double-click and easily create content.

How to customize formatting for each rich text

Headings, paragraphs, blockquotes, figures, images, and figure captions can all be styled after a class is added to the rich text element using the "When inside of" nested selector system.

Headings, paragraphs, blockquotes, figures, images, and figure captions can all be styled after a class is added to the rich text element using the "When inside of" nested selector system.

Title
Paragraphs, blockquotes, figures, images, and figure captions can all be styled after a class is added to the rich text element using the "When inside of" nested selector system.

Thank you for subscription!

You will receive occasional newsletters and updates from SalesGig.  You will be able to unsubscribe via email at anytime. 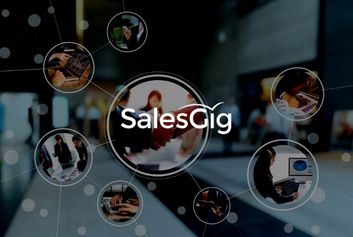 How To Effectively Network on LinkedIn

LinkedIn offers users the ability to virtually network - anytime. Are you networking effectively on LinkedIn? 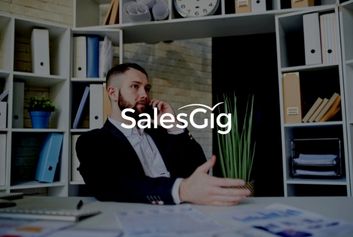 How To Close a Sale Over the Phone

Even the most experienced salesperson can feel a little anxious when it comes time to closing a sale over the phone.